“The acceptability of geoengineering will be determined as much by social, legal, and political issues as by scientific and technical factors.  There are serious and complex governance issues which need to be resolved.” (The Royal Society, September 2009) 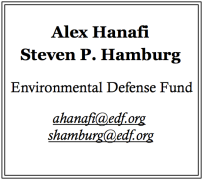 The issues associated with geoengineering research and deployment extend far beyond the science of how to safely use the technology.  The most difficult issues lie in the areas of ethics, politics, and governance.  As communities and policymakers around the world face the risks presented by a rapidly changing climate, understanding the scientific, ethical, and governance issues at the core of geoengineering research will be critical to making informed decisions about response options.  Recognizing these needs, the Royal Society, the Environmental Defense Fund (EDF), and TWAS (the academy of sciences for the developing world) launched the Solar Radiation Management Governance Initiative (SRMGI).  As an early initiative designed to build capacity for understanding, cooperation and practical action on SRM research governance, SRMGI offers preliminary lessons for emerging regimes of geoengineering governance.

Solar radiation management (SRM, also known as solar geoengineering) is a set of theoretical proposals for cooling the Earth by reflecting a small amount of inbound solar energy back into space.  The potential importance of SRM should not be underestimated, as it may be seen as the only way to address rising global temperatures quickly, should it be considered necessary.

However, the overall effects of SRM for regional and global weather patterns are likely to be uncertain, unpredictable, and broadly distributed across countries—as with climate change itself, there would most likely be winners and losers. SRM could be helpful or harmful in managing climate risks, but we don’t yet know enough to understand its full implications.  SRM does not provide an alternative to reducing GHG emissions.  The most that could be expected from SRM would be to serve as a short-term tool to manage some climate risks if efforts to reduce global greenhouse gas emissions prove too slow to prevent atmospheric greenhouse gas concentrations from causing severe disruption of the earth’s climate.  In that case, we need to understand what intervention options exist and the implications of deploying them.

The potential for international tension over SRM, even over research, is clear.  How would a country react if it suffered a drought or a flood following the unilateral deployment of SRM by another country, or group of countries?  Would we see sanctions, or even war?  Similarly, how would the international community react if a country launched a large and secretive program of research into SRM?  How such a program would be interpreted is not yet clear.

The Need for Inclusive and Adaptive Governance of SRM research

With SRM research in its infancy, but interest in the topic growing, now is the time to establish the norms and governance mechanisms that ensure that where research does proceed, it is safe, ethical, and subject to appropriate public oversight and independent evaluation.  A transparent and transnationally agreed system of governance of SRM research (including norms, best practices, regulations and laws) does not currently exist. [1]  With knowledge of the technical and governance issues currently low, an effective governance framework will be difficult to achieve until we undertake a broad conversation among a diversity of stakeholders.

SRMGI’s activities are founded on the idea that early and sustained dialogue among diverse stakeholders around the world, informed by the best available science, will increase the chances of SRM research being handled responsibly.   While much of the limited research on solar radiation management has taken place in the developed world—a trend likely to continue for the foreseeable future—the ethical, political, and social implications of SRM research are necessarily global.   Discussions about its governance should be as well.

By establishing contacts and building international trust via informed dialogue at the level of science academies, academics, NGOs, and other key stakeholders, SRMGI strives to create conditions conducive to international cooperation, rather than those that spawn mutual suspicion, misinformation, and unilateralism.  SRMGI cannot predict where these research governance discussions will lead, and a pre-determined outcome is not its goal.   Instead, the project seeks to build global capacity to engage in an informed debate about if and how to responsibly conduct geoengineering research.

Building on its diverse network of partners and experts,[2] SRMGI has collaborated with academic and non-governmental organizations to host a series of regional workshops about SRM research governance, including in Singapore, India, China, and Pakistan.   In 2012 and 2013, SRMGI and the African Academy of Sciences hosted workshops in Senegal, South Africa and Ethiopia.  Participants at these workshops heard brief presentations introducing SRM science and governance, but were then asked to give their opinions on SRM research and governance, rather than being presented with a point of view on how these issues should issues should be handled.  Lively discussions and group exercises explored a range of different possible governance options, without attempting to reach early or forced consensus.

Preliminary Lessons from SRMGI for the Future of Geoengineering Governance

It is fair to say that most participants in SRMGI’s regional workshops, while displaying a healthy skepticism of SRM technologies, recognized the value of SRM research. In general they also expressed a high level of interest in international cooperation on low-risk research activities, and in developing international governance arrangements.  As one might expect, there was a range of opinions on what forms of governance should apply to different forms of research, what role the UN might play, and the desirability of developing SRM technology.

An important element of SRMGI’s success has been the decision to avoid identifying preferred or consensus options among different governance arrangements. Instead, SRMGI aims to ‘open up’ discussions of SRM governance by exploring and recording the different perspectives and options that participants express—from no special governance to complete prohibition of research activities.  In SRMGI’s regional workshops, participants expressed appreciation for the SRMGI approach and pleasant surprise that “experts” did not try to tell them what to think and do about governance of SRM research.  This decision to avoid “picking winners” has been seen among both developed and developing country stakeholders as a key component in establishing trust and encouraging participation in SRMGI activities.

Perhaps the most important lesson from the SRMGI experience is that future efforts to engage diverse communities must build on what has come before, without being prescriptive.  In order to build the capacity for an informed global dialogue on geoengineering governance, a critical mass of well-informed individuals in communities throughout the world must be developed, and they must talk to each other, as well as to their own networks.

Disparate, isolated dialogues on SRM research governance risk wasting limited resources while failing to build the cooperative bridges needed to manage potential international conflicts.  How might these bridges be built?  A transnational conversation about governance regimes may credibly evolve to ever stronger norms through an expanding spiral of distinct, but linked, processes, with agreed arrangements for interaction.  For instance, input from SRMGI’s global stakeholder discussions could assist with the development of well-connected local expert networks in regions around the world.   Indeed, participants in SRMGI workshops in Africa are exploring the possibility of establishing expert working groups and SRM research governance “centers of excellence” in African universities.  Efforts to build local capacity will help developing countries to make their own decisions about SRM research governance, informed by their own experts.

In turn, linkages among well-informed local efforts focused on establishing appropriate research governance mechanisms may assist with the cooperative development of a set of “Model Governance Guidelines.”  These guidelines might identify both substantive as well as procedural norms for research governance, drawn from transnational stakeholder conversations as well as lessons learned from current geoengineering research activities and controversies.  Experience and lessons learned from local efforts to establish research governance mechanisms could also feed back into further development of the guidelines, and assist other regions confronting similar challenges.  This “virtuous circle” of learning and collaboration among global stakeholder communities holds the potential to foster the trust needed to manage potential international conflicts over SRM research governance.

In the years ahead, SRMGI and its partners will continue to bring together researchers, policymakers, and civil society groups to build collaborative bridges across disciplines and regions, and to define and establish areas of greatest agreement – as well as persistent differences – in the development of geoengineering research governance.  Through small workshops as well as planned annual forums, SRMGI will continue to focus on expanding the conversation about geoengineering research governance to regions where public engagement with geoengineering science and policy is currently low, but potential impacts from geoengineering activities might be high.  This will help create the conditions necessary for a considered and cooperative future international dialogue on more formalized systems of governance.

[1] The UN Convention on Biological Diversity (CBD) is the only international instrument that has specifically addressed all forms of geoengineering, but its guidance is general, is not considered legally binding, and only has relevance where proposed activities present a significant threat to biodiversity.

[2] SRMGI’s working group is comprised of twenty-six experts from fifteen countries, drawn from a variety of disciplines.  SRMGI has also established a network of twenty-five partner non-governmental organizations, headquartered in seventeen different countries, representing a wide range of viewpoints on geoengineering.   In March 2011, SRMGI convened an international conference in the UK on SRM governance, which produced a series of background papers and other workshop materials available on the SRMGI website (www.srmgi.org).

Add to the debate! Please leave a reply or inquiry. Cancel reply